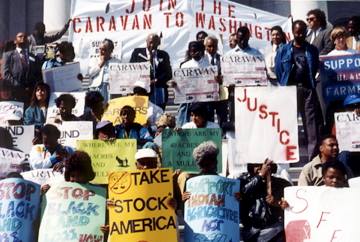 In honor of Black History Month, members of the Federation of Souther Cooperatives reflected on their past work and asked us to join them as they celebrate the contributions of our ancestors. 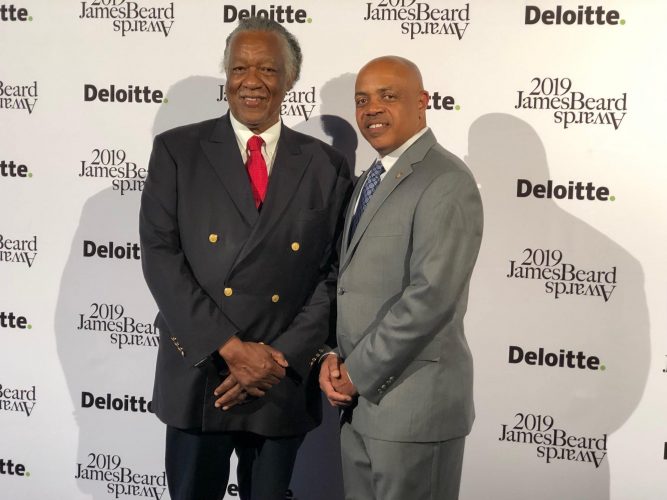 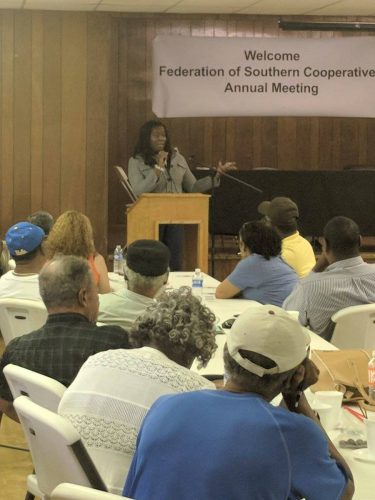 How many co-ops can claim they were founded directly out of the Civil Rights movement? Or that they prevented a crisis predicted by government statisticians? The Federation of Southern Cooperatives has demonstrated that level of leadership throughout its 55-year history, and Shared Capital is proud to support their operating model through our work together.

The Federation is a cooperative association of black farmers, landowners and cooperatives all around the South, with a focus on cooperative economic development, land retention, and advocacy. Today, the federation represents 20,000 individual families through 75 cooperatives and community-based groups.

Executive Director Cornelius Blanding shared his experience with the Federation. “We’re the only African American organization—or any organization—focused on cooperative development and land retention through organizing co-ops and maintaining the land base.

He also shared lessons from past movement leaders. Some are obviously central to the co-op’s mission. Like the words of E. W. Steptoe, a voter registration volunteer, farmer, and early leader of the Federation, whose words continue to ring through the years:

One of the less obvious lessons actually points to a core tenet behind the Federation’s success.

“I’ll always remember my orientation,” says Mr. Blanding. “When I first started, I was sent around to all the different field offices to get a true sense of the Federation. I started out at the training center. From there, the first place I was sent was Mississippi. I wore the first suit that I ever owned, and I loved that suit. I met with Ben Burkett, the state coordinator, and he sent me out on the farm in my suit!”

Cornelius’ experience in Mississippi set the stage for the coming decades. “Our staff spends a considerable amount of time out there with the membership. We call it outreach and education, but it’s being there. Being out there in the community.

So what does the Federation really do?

• Cooperative economic development: helping to organize and maintain cooperatives
• Land retention: helping to save and expand black-owned land
• Advocacy: pushing for programs and policies that strengthen our movement

One of the most important needs the Federation fills is access to capital. “A lot of our work is with USDA, which always presents a cash-flow type of problem,” Cornelius says. “Most of their programs are reimbursable, which is a huge challenge. But we’re overcoming it, based on our line of credit with Shared Capital.” The Federation’s 50 full-time, part-time and contract staff perform work to serve the membership, which is typically reimbursed 30-90 days later. As long as the federal government is running like normal.

That’s where Shared Capital was able to support the Federation.

“It’s a struggle for any co-op to get access to credit,” Cornelius says. “But it’s even more of a struggle for a non-profit association of co-ops. Because in a traditional credit process, you have one person who’s responsible for the loan. Many co-ops struggle, because there isn’t one person they can put down as the person responsible. And then a non-profit, too. You have two structures that present a challenge. The very fact that SCC is able to finance us, is a testament to their values.

“Cooperation among cooperatives – one of the core values.”

The Federation’s line of credit with Shared Capital bridges the gap, for an organization operating in a world where everything is reimbursable and comes at a delay.

“In the end, everything worked out,” Cornelius says. “But only because we had the resources we needed to weather that storm.”

“The best thing about Shared Capital is that they come into the process with a desire to make things work. It’s a cooperative structure, so their approach is basically, ‘How do we make this work for our members?’”

That can-do approach tipped the scales for the Federation. “We had interest from four other lenders already, but we weren’t able to figure out the process or the vehicle,” Cornelius says. “Shared Capital got it done. They are aggregating other lenders along with their own loan.

“This kind of collaboration doesn’t happen every day, in other organizations. The cooperative principle of cooperation among cooperatives is a key ingredient in creating an inclusive economy.”

The work we’re financing at the Federation of Southern Cooperatives is crucial. Cornelius breaks it down for us: “In 1910, there were 218,000 black farmers, who owned 15 million acres of land,” he says. “In 1992, the Census Bureau counted only 18,000 black farmers, owning a little over 2 million acres of land. A Civil Rights Commission report said that we were losing black land at a rate of 1,000 acres a day, and if that pace continued, there would be no more black-owned land by the year 2000.

“The Federation set out to make sure that prediction did not come true. We have really been dealing with land loss in our community as a matter of economic justice, and using the co-op model as a tool for that.

“For example, down in South Georgia, where we really focused, a subsequent Department of Agriculture study showed that the number of black farmers was actually starting to increase.”

“There are still black farmers and there’s still black land. So the prediction didn’t come true.”

“It makes me happy to know that the Federation is providing equity and justice in many low-income communities around the South. Through organizing, cooperative development and land retention. Being a part of that solution, to build an inclusive economy.”